The tariff war is currently dominating the economic headlines, and the customs standoff between the USA and China is central to it. Raising tariffs is insidious, because it will not necessarily deliver the expected effects and could prove very damaging for the global economy.

Raising customs duties is not a novel idea. Countries that do so are seeking to make their domestic output more competitive, which amounts to supporting inefficient industries in the international markets. Customs tariffs are also a way to discourage consumers from buying foreign products.

The USA is more protectionist than Europe, and is happy to use this tool to seek to improve its situation. In the 1980s, the USA’s target was Japan. In 2009, president Barack Obama unearthed the 1933 Buy American Act, causing him to be described as the “most protectionist president in history”.

China in the firing line

Today, Donald Trump is waging a similar battle, mainly against China. His aim is to reduce the USA’s huge trade deficit, as he promised in his election campaign, by reducing imports (Fig. 1.). His aim is to please voters in Northern US industrial states. He has plenty of scope to act, especially since imposing tariffs does not require the approval of Congress.

The new customs regime is being introduced gradually. The first target was steel imported from certain regions of the world (Fig. 2.). Next, the president threatened to tear up the North American Free Trade Agreement (NAFTA) and impose tariffs on certain countries. Now China is in the firing line. President Trump’s preference for bilateral rather than multilateral treaties means that the USA is clearly backtracking on standard practices adopted in the last few decades.

A source of uncertainty

This policy is having various consequences. As history has shown, its impact is generally inconclusive, with a positive effect in the short term but not in the long term. In 1689, when the King of England imposed heavy customs duties on French wine, British consumers started drinking gin instead. Measures taken by the USA to protect agriculture in 1930 led to retaliation and a slump in global trade, which seriously damaged the US economy.

The strategy engenders uncertainty, which reduces investment and therefore the pace of growth. Its effect may be positive for some companies but negative for others. For example, if China decides to raise duties on Alaskan salmon, Chinese consumers will buy salmon from Norway or Scotland instead. Some consequences are also difficult to gauge, such as offshoring: for goods intended for the US market, Chinese companies could shift production to Vietnam. Consumers lose out as well. As intended, they are discouraged from buying imported products, but may be prepared to pay more for certain imported products that are hard to substitute, giving them less money to buy other locally produced goods. It is also worth noting that many of the items affected by higher duties are used by US companies as inputs in their production processes.

In addition, there is the risk that the trade war could escalate. China is a big provider of funding to the USA, holding more than $1,000 billion of Treasuries. Chinese people could boycott US companies operating in China – such as McDonald’s and KFC – despite the jobs they create. China could limit exports of certain rare-earth elements on which the electronics industry relies heavily. The USA could raise duties on Chinese imports from 40% to 100%. And there is nothing to suggest that Donald Trump will not then start to attack Europe.

In conclusion, therefore, although the current trade war will have little short-term impact on the global economy, the resulting uncertainty will damage growth if it continues. An open, global trade war would be a very bad thing. It would create only losers, and the financial markets could sustain serious damage. Since a rapid solution to the problem looks unlikely, there is a clear risk of stalemate. Looking beyond the impact on China, the trade war will probably affect other Asian economies via global supply chains. By increasing costs, it could derail the strongest global economic expansion that we have seen for years. 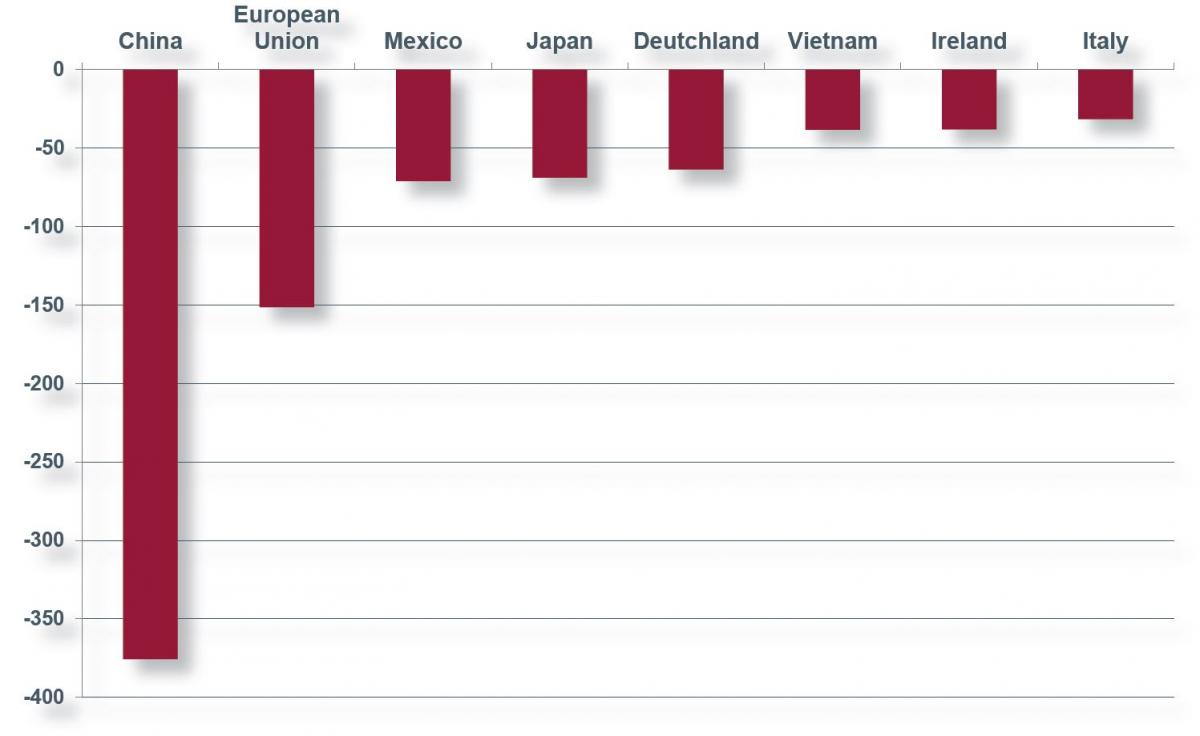 Fig. 2. USA vs. China: the stockmarket performance gap is widening 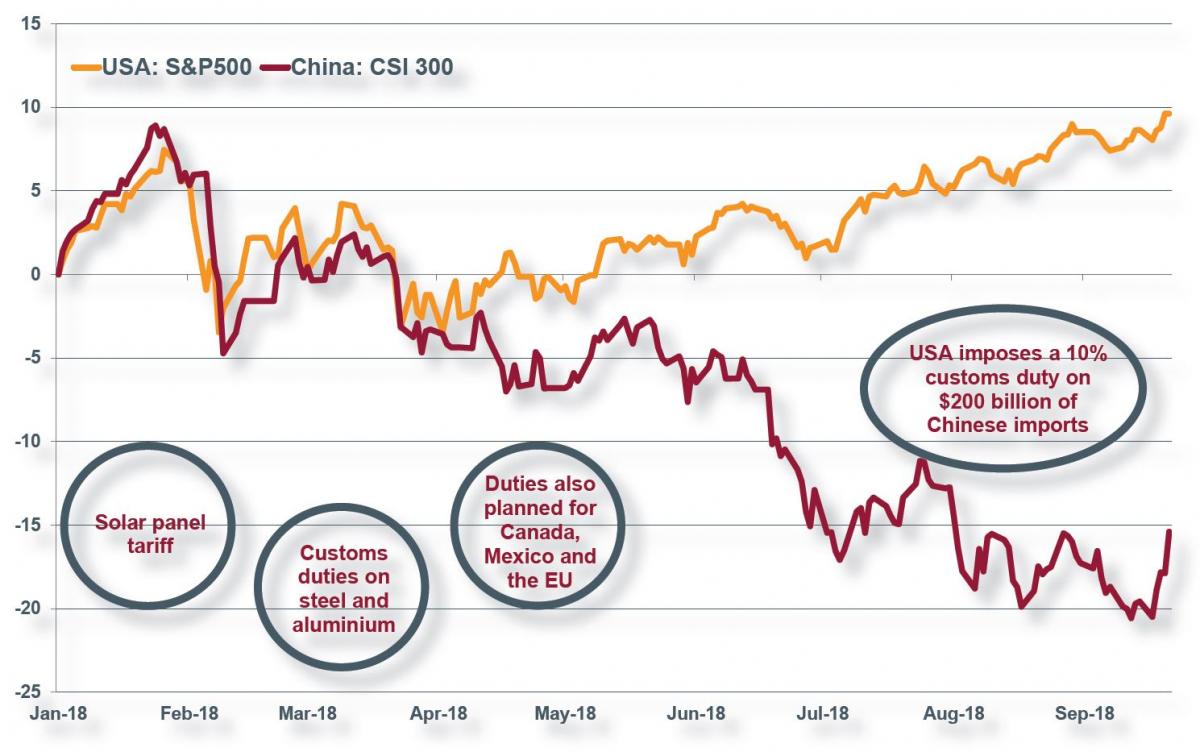 Carla Del Ponte: special guest at the next Forum Bonhôte

At our 22nd Forum Bonhôte for French-speaking Switzerland, we will have the pleasure of welcoming former UN prosecutor Carla Del Ponte, who will be making a rare public appearance in her home country. This one-off event will take place on Tuesday 4 December at Neuchâtel's Théâtre du Passage. Places are limited, so we recommend that you register early at www.bonhote.ch/forum.

Our Forum Bonhôte for German-speaking Switzerland will take place on Thursday 22 November at the Paul Klee Centre in Bern. Our special guest will be Mr. Urs Kessler, CEO of Jungfraubahn Holding AG, which runs Switzerland's number one tourist destination – the railway to the Jungfraujoch, Europe's highest train station – and one of the best performers on the Swiss stockmarket.

For our sixth “Pensions: trends and challenges” event this year, we will be one of the first companies to use the ultra-modern facilities of the brand new Agora building, located close to Lausanne’s CHUV university hospital.

Bonhôte is moving back to 1, rue Pury!

The Bonhôte Group is continuing to expand and is again occupying its former premises at 1, rue Pury in Neuchâtel, where its head office was located between 1929 and 1999. These fully refurbished offices will be the new home of Bonhôte Services SA, the Group’s subsidiary specialising in areas such as legal and tax advice, administration of entities and art services. The inauguration took place on October 4th in the presence of a hundred guests. More.