Banque Bonhôte & Cie SA is accompanying Alan Roura as he gets ready for his next Vendée Globe challenge. This four-year partnership, running until 2025, marks a strong bond between the Swiss seafarer and the Neuchâtel-based bank. The contract – signed in early March – covers the upcoming Imoca Globe Series, which the Swiss skipper is preparing to embark on next May, and will culminate with the world-famous Vendée Globe race starting in late 2024, known as the Everest of the Seas.

A passionate seafarer and strong-minded entrepreneur, Alan embodies the same spirit as Bonhôte. His three-year campaign leads up to the 2024-25 Vendée Globe – a small-team adventure combining Swiss sponsorship with an advanced vessel that is self-sufficient in energy, made using sustainable and non-polluting technology. Both on the water and in making investments, preparation and looking ahead are the key factors behind performance and success.

This partnership was officially unveiled yesterday evening at the Waves Sky Lounge in Neuchâtel, at an event attended by the Bank’s employees and selected clients. The first joint race will start on 8 May, when Alan will join the Bermudes 1000 as a training event. The spotlight will then shift to the legendary Route du Rhum (November 2022), the Transat Jacques Vabre (October 2023) and then the non-stop, non-assisted, single-handed, round-the-world Vendée Globe (November 2024). To face the testing of the waves and the associated challenges, Alan can now count on a vessel on a par with his ambitions: the recently renamed Hublot (after its title sponsor), a state-of-the-art prototype in ocean racing first sailed by skipper Alex Thomson under the Hugo Boss name. 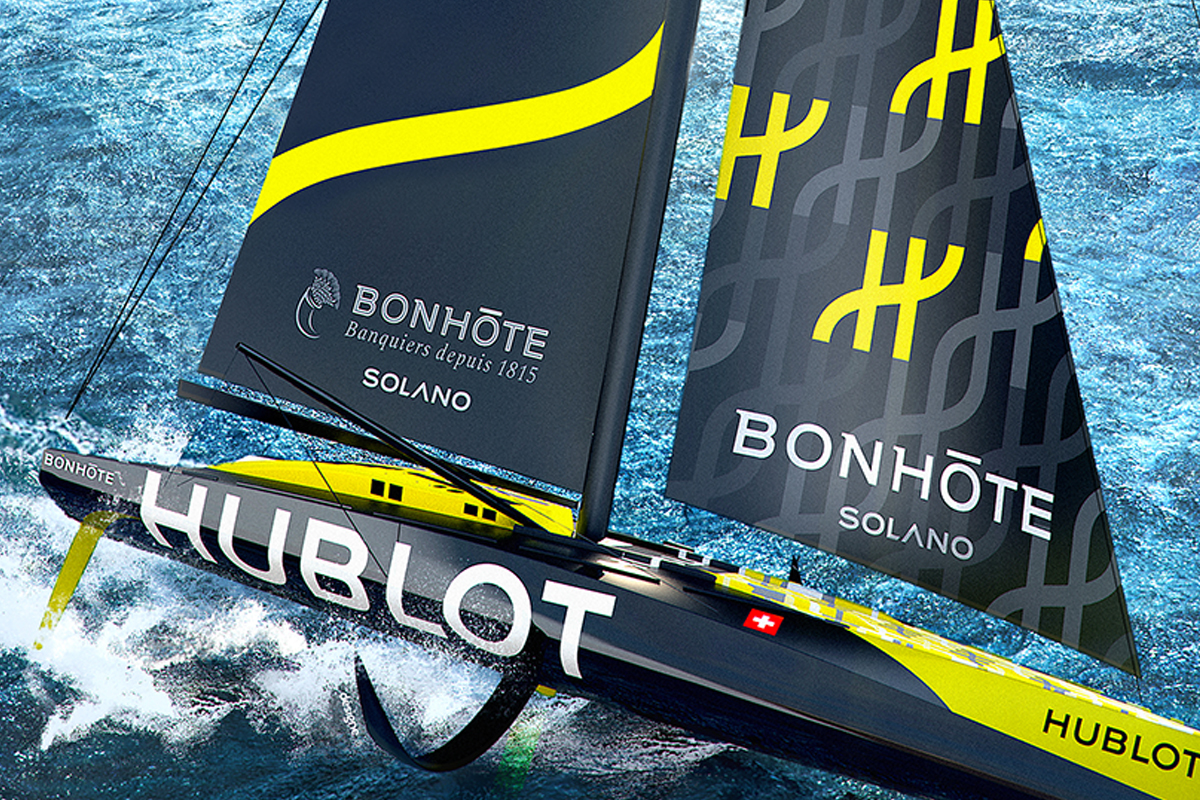 For Bonhôte, this partnership is significant because of the many overlapping values between the two parties. First of all, the project aims to be 100% Swiss, just like the Bank, which along with its headquarters in Neuchâtel has six branches all on Swiss soil. Sustainable development also lies at the heart of the adventure, as the yacht is fully self-sufficient in energy thanks to its solar panels, electric motor and hydro-generators – in line with the commitments of a Bank recently certified B Corp. Lastly, ocean racing is a highly technological, innovative sport targeting absolute performance. This marks a further touchpoint with the banking world, which also sets its sights constantly on innovation.

Bonhôte is supporting an outstanding seafarer in the person of Alan Roura – who is also a hard-working conscientious business owner – and hopes that clients and employees will jump aboard this bold adventure.

“We’re very pleased to be working with Alan and his team, who will be flying the Swiss flag on the oceans,” said Yves de Montmollin, CEO of Bonhôte. “We’re delighted to support him as he sails the world and to be associated with the values he embodies. We wanted to make a tangible contribution to this worthwhile project, which aims to bring people together. This is the inspiring story of an engaging sportsperson on a quest to take himself to the limits. We wish him every success in upcoming races.”

“Both on the water and in making investments, preparation and looking ahead are key factors behind performance and success. An ocean race is prepared in advance, both on land and at sea. Human and strategic choices, technical teams and sponsors all play an essential role. With our title sponsor Hublot and now with major sponsor Bonhôte on board, we have teamed up with two brands that respectively represent tradition and excellence in Swiss watchmaking and banking – partners giving us the means to undertake this ambitious, high-performance, Swiss-propelled adventure. Such financial and strategic support allows us to prepare for the next stages of the project with peace of mind. This is a dream that will be achieved by all of us working together," concludes Alan Roura, Swiss skipper and Bonhôte ambassador.

Alan has sailed almost everything there is to be sailed – the Mini Transat, Route du Rhum, Transat Jacques Vabre – and quickly learned the ropes in ocean racing before tackling the sport’s most legendary event: the 2016 Vendée Globe, in which he finished twelfth – becoming at just 23 the youngest skipper in history to make it to the finish line. Four years later, he was again the youngest participant at the start of the ninth edition, in which he finished seventeenth. Still only 29, the Genevan, today a double finisher of the Everest of the Seas and holder of the North Atlantic record, has set his sights even higher. Encouraged by his experience and a new-found matureness, the Swiss skipper aspires to rank among the favourites at the helm of his state-of-the-art vessel. He continues stretching towards his dreams, aiming for victory at the next Vendée Globe and smiling intently at whatever comes his way.

The bank Bonhôte, founded in Neuchâtel in 1815, can look back on a long tradition of expertise in financial and wealth management, its core business. The compact structure of the bank guarantees effectiveness, flexibility and rapid responses to volatile developments in the markets.

Even more than providing a comprehensive suite of wealth management services, we seek to build a privileged relationship with each of our clients aimed at fully achieving their objectives. 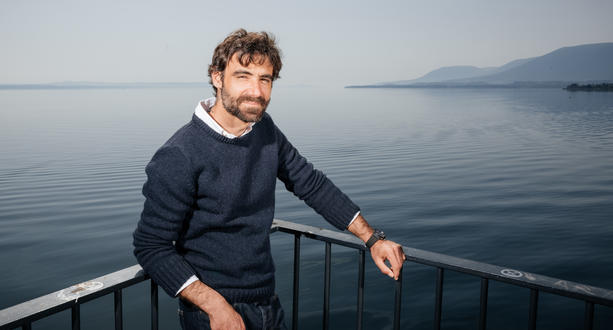