Time for a platinum rally?

Platinum, called platina (literally “little silver”) by the Spaniards when it was discovered, exists in abundance in the Earth’s crust. But because it is expensive to mine, global production of platinum is only 5% that of gold and its price is usually quite a bit higher due to this relative scarcity.

Since 2015, however, platinum has traded at a discount to gold even though its supply failed to keep up with consumption for a number of years. We believe it has a certain amount of catch-up potential but needs better fundamentals to build a case for a substantially higher price.

Thanks to its physical properties platinum has numerous industrial applications. It has a high density and a high melting point (1,768 degrees Celsius vs. 1,064 for gold), provides excellent electrical conductivity and is corrosion-resistant.

The global supply of platinum this year is estimated to reach 7.7 million ounces, 5.9 million of which will be newly produced and 1.8 million recycled. The bulk of new output comes from two countries, South Africa (70%) and Russia (12%), which present high geopolitical risks. The other main producing countries are Zimbabwe (7%) and the United States (11%). At platinum’s current price, production is not sustainable as it is close to the cash cost. Eventually output ought to drop as a consequence of reduced capital investment in mining facilities. Meanwhile in 2017 global demand for platinum could drop to around 7.8 million, leaving the market in a situation of undersupply for the first time in six years.

Will the demise of diesel engines spell ruin for platinum?

Platinum is mainly used in the manufacture of automobiles, an industry that is undergoing sweeping changes. It also has numerous applications in chemicals, electronics (for TV sets and fibre optics) and, owing to its biocompatibility, in medicine (for pacemakers).

Could platinum eventually meet the same fate as silver, the consumption of which nosedived after its use in photographic film was overtaken by digital technology? The transition towards electric cars obviously represents a major long-term risk.

A particle containing a few dozen platinum atoms goes into every catalytic converter, because of the metal’s strong heat resistance, to help reduce toxic exhaust emissions. Most of the foreseeable drop in industrial demand is due to the decline of diesel vehicles in Europe (whose market share has fallen from 55% in 2011 to 49% in 2016) following the introduction of tougher road emission tests. Yet SCR (Selective Catalytic Reduction) technology in the US requires platinum and the implementation of stricter emission controls in China could boost the metal’s utilisation as well.

On the other hand the production of platinum jewellery in China, the world’s main buyer, could fall this year. One particularity of this application is that platinum products are sold by their weight, at the market price plus a margin that is higher than for gold. India also has a platinum jewellery market and it is growing fast. In a bid to boost their sales, platinum producers have made considerable efforts in recent years to promote consumption and this is expected to drive the metal’s expansion.

Towards a smaller discount to gold

As we can see in the chart, the prices of gold and platinum are correlated. Gold is subject to huge swings because its market is narrower. It generally goes up in value during periods of sustained economic growth. Buoyed by the industrial boom in China, the gold price started shooting up around 2004 and peaked in May 2008 at USD 2,170 an once before plunging in the aftermath of the financial crisis. By end-2008 if was halved.

Gold’s price fluctuations primarily reflect investment demand, which has few industrial end-markets. This driver is of less importance for platinum, which as an investment vehicle competes with silver.

Platinum is currently worth USD 330 less than gold per once, the largest discount since 1982. Year to date central banks, which own very little platinum, have increased their gold reserves by almost 6.5 million ounces. Moreover gold usually performs better in times of geopolitical uncertainty.

The market for platinum futures is narrow, and we can see that the price has been steadying since the sharp drop in speculative short positions (the quantity of platinum represented by these open contracts reached an all-time high of 2 million ounces in mid-July). Worried about the political situation in South Africa and the financial capacity of producers, investors believe there is a risk of platinum production falling as a consequence. In our view this provides the platinum price with scope for a technical rally to the USD 1,230-1,250 area in a 12-month time horizon.

Fig. 1. Structure of demand for platinum (Minimum and maximum percentages observed in the 2012-2016). 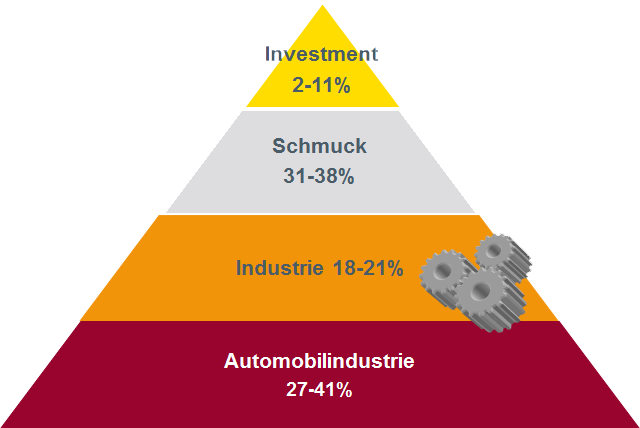 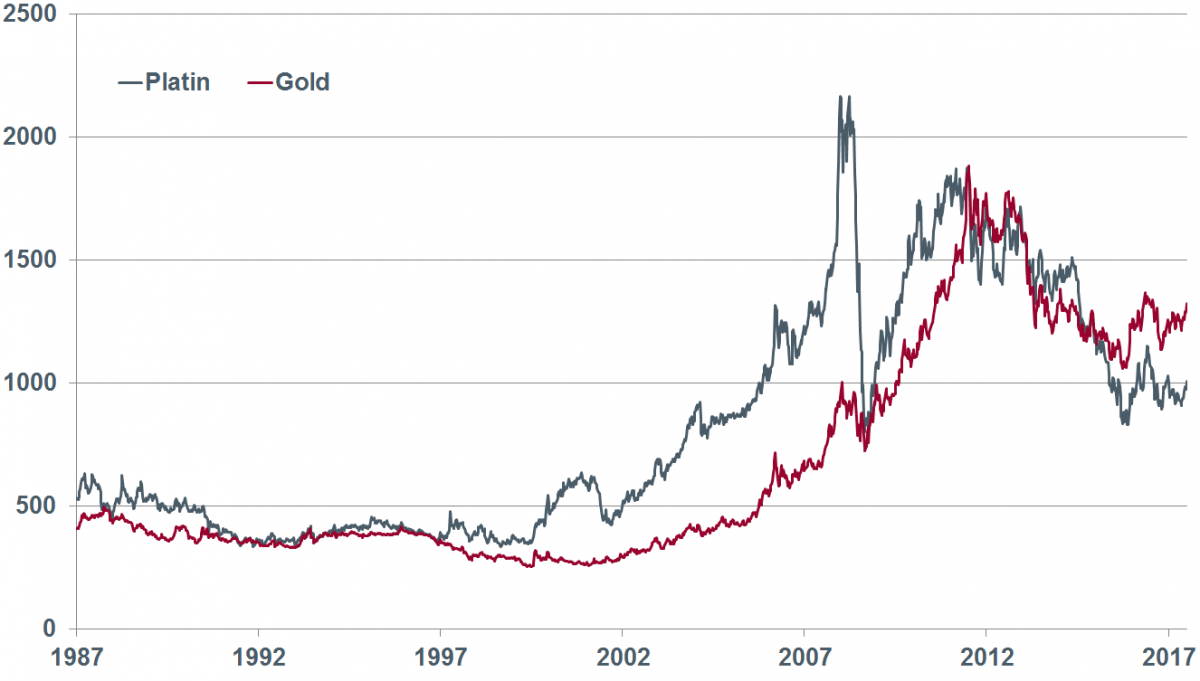 A new addition to our Geneva branch’s staff

We are also pleased to announce the arrival on 1 October 2017 of Pascal Geissmann as a senior relationship manager at our Geneva branch. Mr Geissmann, 55, has long-standing experience in banking that began in trading before he moved on to wealth management positions at leading Geneva-based financial institutions.

In view of the Bonhôte group’s gratifying growth, our traditional economic forums will be held in two gatherings, one in French and the other in German. They will respectively take place on 15 November at the Lausanne Palace and on 23 November at the Paul Klee Centre in Bern. You are of course cordially invited. To register, click here.

Continuing its expansion, Banque Bonhôte officially opened its new Lausanne branch on Wednesday 6 September. The branch revives a bygone era when its location, at 5 Rue du Grand-Chêne, was occupied by the private bank Bugnion & Cie (the name behind the stately mansion which now houses the Fondation de l’Hermitage) from 1915 to 1965. Ideally situated in the heart of the downtown area, our new branch will be entirely dedicated to serving private and institutional clients. For more information, see www.bonhote.ch/lausanne. 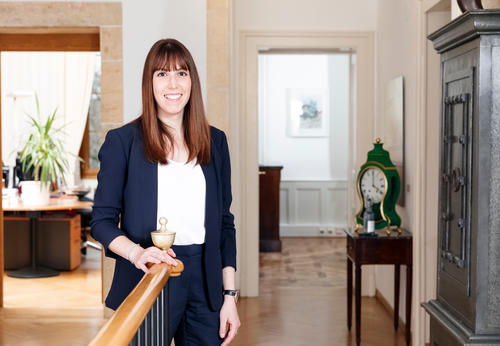 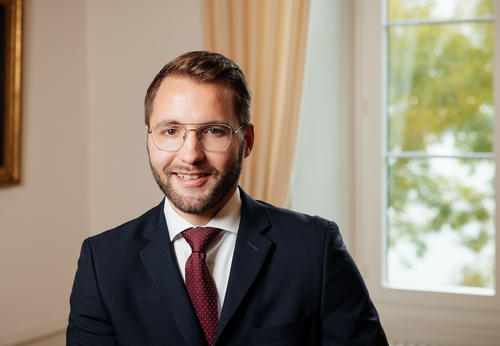 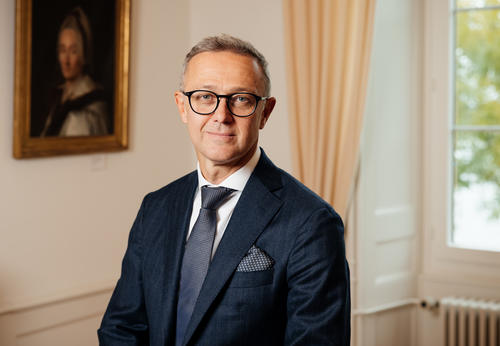