What will the economic stimulus do?

No doubt about it: the Covid-19 crisis has brought the world economy to its knees. Governments are having to wade in on a massive scale to keep their economies afloat. Stimulus packages are being cobbled together. These admittedly have some value, though perhaps not as much as one might think.

Governments everywhere have got the message, loud and clear. The fallout from the coronavirus pandemic has been so severe that an unprecedented amount of funds has been allotted to prop up businesses and households. Above all, governments – with the help of central banks – want to ensure that liquidity does not dry up.

The way each one is going about galvanising its economy, and the sums being committed, differ significantly from country to country. For example, Switzerland’s key measure has been wage subsidies for under-employed workers. To date, CHF 32 billion has been allotted, 80% of which is being covered by the federal government. Intent on improving access to business lending, the Swiss National Bank (SNB) has launched a refinancing facility aimed at banks. The SNB has also made it clear that it will wade into currency markets to safeguard the economy.

Unleashing 1,000 billion euros, Germany’s scheme is of an ‘unprecedented’ scale – far larger than anything seen since the Second World War. But it has also been hesitant, until now sticking to the schwarze Null zero-deficit rule. Meanwhile, the European Central Bank is due to buy €750 billion in government and private-sector bonds so that businesses and consumers can take advantage of the low borrowing rates.

As an economic superpower, the US has announced a $2.5 trillion support package to counter the effects of the Covid-19 pandemic. One of the chosen measures – which is known for not always being effective – is the distribution of cheques to households ($1,200 per adult and $500 per child). This vast ‘helicopter money’ scheme will also benefit SMEs ($360 billion), the unemployed ($250 billion) and airlines ($50 billion).

Of course, the one recovery package that stands out in history is the much-vaunted Marshall Plan, named after the American Secretary of State who was in office in 1947. In today’s terms, this four-year loan plan – financing the rebuilding of the European cities and infrastructure destroyed during the Second World War – would amount to $173 billion.

What will be the outcome of these various stimulus packages? No doubt, the effects will be positive. An analysis of 17 OECD countries from 1960 to 2000 revealed that large-scale fiscal splurges had an expansionary effect on economic activity. The boost to GDP over four years is said to be more than 3%, proving that the Keynesian multiplier works whenever counter-cyclical stimulus policies are enacted during a recession.

Since the 2008 financial crisis, recovery plans have followed each other in ever-quicker succession, to varying degrees of success. Ireland and Portugal took a massive hit from the fiscal austerity policies foisted on them by their leading creditors (the troika made up of the ECB, IMF and European Commission) but these eventually placed them back on a firm footing. In contrast, it took two rescue packages (2008 and 2009) to get the US economy out of the tight spot in which it found itself.

As for outcomes, it is worth noting that the effects of the Marshall Plan were overestimated. The European economies were not as badly damaged as had been thought, such that growth started recovering even before the Marshall Plan funds came ashore. In the end, US aid probably increased the beneficiary countries’ GDP by an average of only 0.1%.

As the turbulent 1930s and 1970s showed, it takes more than the largesse of the public purse to propel countries out of slumps. Often a combination of factors provides the solution: proactive policies, exogenous shocks (the onset of war in 1939 and the advent of new technologies from 1985 onwards) and chance, at all times tranquillised by the best painkiller of them all: inflation. Moreover, the aid must be delivered on time to forestall bank failures, corporate bankruptcies and mass unemployment, all of which is costly to remedy further down the road. Yet when governments fire off measures too quickly, they run the risk of not hitting the right target… 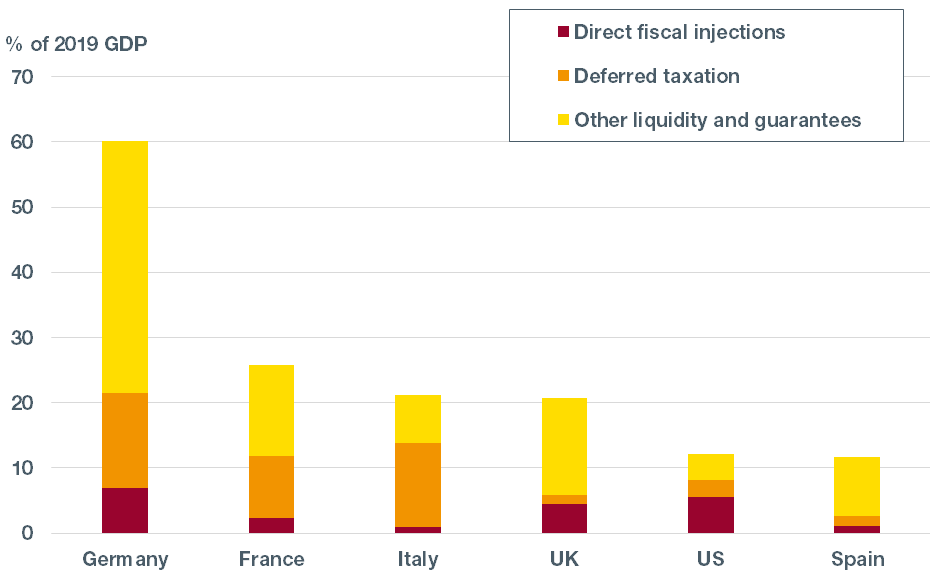 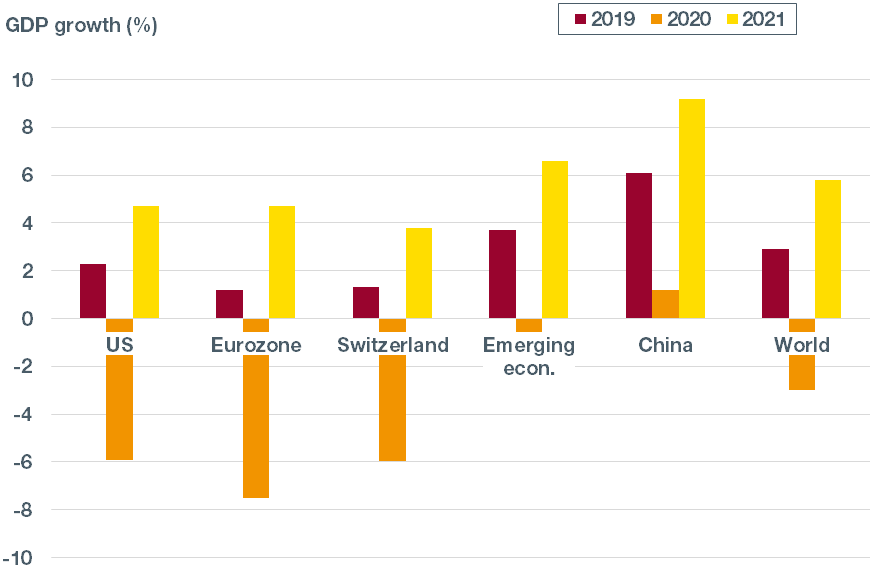 Our new branch in Solothurn has been making solid progress since opening its doors in February.

We would hereby like to extend a warm welcome to our colleagues Renato Schmitz, Sascha Meier, Alois Moser and Sandro Otter, and their assistants Daniela Heger and Renate Moos, and wish them every success as they look after our esteemed clientele.

Support for the Swiss press

This is not an easy time for anyone. Amid the pandemic, we are remaining true to our commitments.

Bonhôte continues to honour its local patronage and sponsorship pledges. We have also launched a media campaign to support the press in Switzerland (see p. 4).