The Swiss economy is breathing more easily, and the euro has strengthened. The euro rally has made Swiss exports more competitive, showing just how important the euro exchange rate is for Switzerland. As a result, Swiss businesspeople are scanning the horizon for clues about its future movements.

The shock caused when the Swiss National Bank (SNB) abandoned its minimum exchange rate of CHF 1.20 to the euro is still fresh in people’s minds (figure 1). Eventually, though, the euro has rallied, which has helped the Swiss economy. The euro has been boosted by the improved economic and political environment, but also by the SNB’s efforts to weaken the Swiss franc, and gained 9% in 2017, rising from CHF 1.06 to CHF 1.17.

Switzerland is a stable, well-run country. It has limited debts and low inflation. Its economy is very open, with large-scale exports and imports. For many years, therefore, the Swiss franc has been regarded as a safe-haven currency. Demand for Swiss francs tends to increase on any kind of geopolitical instability. The currency rises in response to unexpected economic or political developments that have negative connotations, and to events that cause uncertainty in the financial markets.

At the moment, factors likely to push the Swiss franc higher include weakness in the US or European economies, Brexit, North Korea’s nuclear programme and the Trump administration’s slide towards protectionism. However, because of Switzerland’s solid fundamentals, limited capital outflows and low inflation, positive surprises tend to have less of an effect and the Swiss franc does not weaken significantly.

The important role of the euro exchange rate

The European Union is the largest buyer of Swiss products, accounting for 40% of the country’s exports. The euro/franc exchange rate affects the prices of both exported and imported goods, and so plays an important role. If the euro weakens, life becomes harder for Swiss exporters compared with their foreign competitors. The exchange rate also affects inflation, output and employment. As a result, the SNB cannot completely disregard the European Central Bank’s monetary policy or the performance of the European economy.

The Swiss franc’s safe-haven status is not helpful for Switzerland’s manufacturing base. An excessively large and rapid rise in the Swiss currency can damage to the country’s economy. It pushes down productive investment and adversely affects tourism and retail sales. A study by SECO – Switzerland’s State Secretariat for Economic Affairs – has found that the franc’s recent strength has held back expenditure on R&D and innovation. The KOF Swiss Economic Institute (part of ETH Zurich university) has calculated that business investment fell by between 12% and 15% between 2015 and 2016. However, the impact has not been all bad. Lower import prices have limited costs, easing the pressure on exporters. Sectors like watchmaking and machinery have focused on improving quality and their exports have become more resilient.

How will the Swiss franc perform this year? Before making forecasts, we need to look at the current situation. There is now less political risk in Europe, particularly in France and Italy. Despite the Federal Reserve’s rate hikes, the US dollar has weakened against most other currencies. The SNB is ready to intervene to reduce upward pressure on the franc, and intends to pursue an expansionary monetary policy in order to stimulate inflation and support Swiss economic activity (figure 2). In the SNB’s view, although the Swiss franc has recently weakened against the euro, it remains too strong, which is bad news for inflation and economic growth.

As a result, we expect the euro to rise moderately against the Swiss franc, to around CHF 1.18-1.22. Any larger rally is unlikely in our view. Because of the Swiss government’s balanced budget and current-account surplus, the franc’s long-term strength should not be underestimated. It should also be noted that the dollar is currently oversold and could rebound.

Fig. 1. Swiss franc exchange rate against the euro and US dollar. 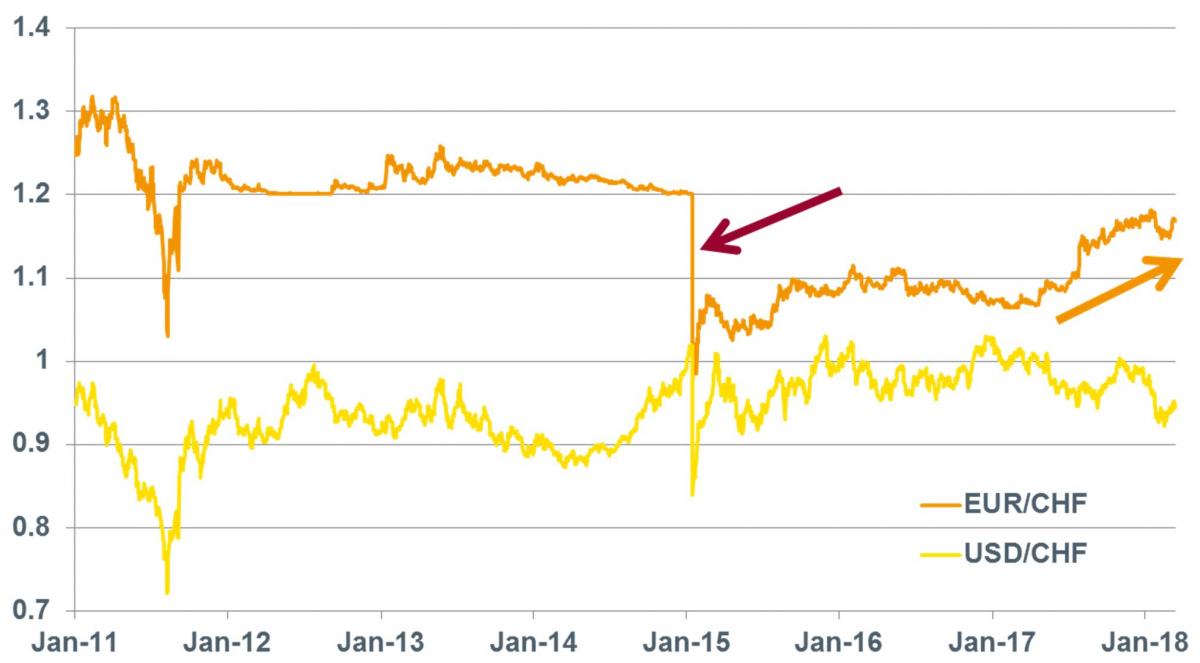 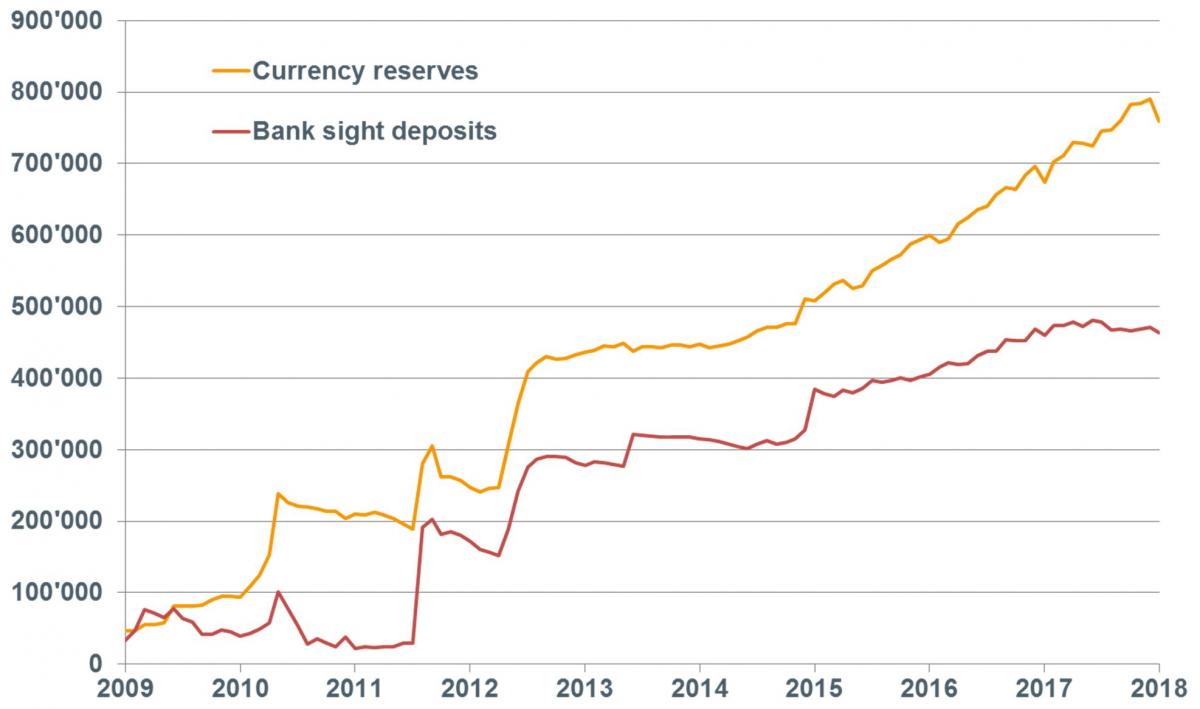 Strong growth for the Bonhôte Group in 2017

The Bank’s net income totalled CHF 3 million in 2017, 55.2% higher than the 2016 figure of CHF 1.93 million. The increase was driven by good performance in the financial markets and, most importantly, further growth in our asset management client base. Portfolios and funds managed by the Bank delivered impressive returns, resulting in higher operating revenue, while expenses remained under control.

In the 2018 Lipper Fund Awards for Switzerland, Bonhôte won the “Mixed Asset CHF Balanced” category for its Bonhote Strategies - Monde (CHF) fund. We are delighted to see our investment strategy recognised in these awards, which for more than 30 years have been given to funds and fund management companies whose risk-adjusted returns have exceeded those of industry peers.